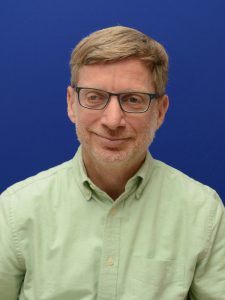 Professor
Director of the Center for the Study of Movement, Cognition, and Mobility
Tel Aviv University

Affiliations: Director of the Center for the Study of Movement, Cognition and Mobility at Tel Aviv Medical Center

Dr Jeffrey Hausdorff received his bachelor’s degree in engineering from The Cooper Union and graduate degrees in biomechanics and biomedical engineering from the Massachusetts Institute of Technology and Boston University. After completing postdoctoral training in gerontology at Harvard Medical School, he joined the faculty there, first as an instructor and later as an assistant professor and senior lecturer. For the past 25 years, Dr Hausdorff has studied gait, balance, motor control and brain function, with a special focus on gait variability, “fractal” physiology, motor-cognitive interactions, and falls in older adults and in patients with neurodegenerative disease such as Parkinson’s disease. Dr Hausdorff and the multi-disciplinary team that he leads aim to better understand the mechanisms that contribute to gait changes in aging and neurological disease, to develop new tools for quantifying mobility, and to improve gait and reduce fall risk. Dr Hausdorff has authored more than 300 peer-reviewed publications and has an H-index of 95. His work in this area has been funded by the National Institutes of Health, by the European Commission, by the NMMS, the Michael J Fox Foundation for Parkinson’s disease, and by private agencies and has been widely recognized. For example, in 1996, he received an award for his work on biodynamics from the Biomedical Engineering Society, and, in 2013, he received the Gerontology Society of America’s Excellence in Rehabilitation of Aging Persons Award. In 2014, his paper on gait variability and fall risk was listed among the top 5 most cited papers in the history of rehabilitation. In 2019, he was listed among the top 0.01% of scientists based on the impact of their publications in a given field from 1960-2017 (see Ioannidis et al., 2019).

Application of technology into rehabilitation​

Brief
Among older adults and people with neurological diseases like Parkinson’s and Alzheimer’s, gait alterations are common. These gait changes often impact quality of life, mobility, and functional independence and increase the risk of falls, a major cause of morbidity and mortality. New technology-based tools are emerging to empower objective monitoring of mobility and to reduce fall risk. Three lines of work will be described here. First, we will summarize studies that demonstrate the advantages and potential of long-term, 24/7 monitoring of gait using low-cost wearable devices. This line of research has shown that gait measured in the clinic does not necessarily reflect gait measured during daily-living and, further, that daily-living measures of gait and mobility can augment the monitoring and prediction of falls. Second, wearable, digital technology can also be used to provide feedback to improve walking, as if a virtual physical therapist accompanies the user and provides relevant guidance whenever she walks, at-home or in the community. Treadmill training augmented by virtual reality provides another means of enhancing gait and reducing fall risk, while focusing on motor-cognitive interactions. Finally, emerging evidence indicates that non-invasive brain stimulation can be used to augment dual-task walking abilities and reduce fall risk. Taken together, these examples illustrate how new approaches that leverage low-cost technology can improve the monitoring and treatment of gait and fall risk in older adults and support a growing body of evidence that suggests that, even in the presence of aging and neurodegeneration, fall risk can be lowered.